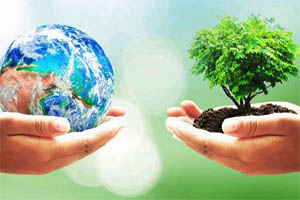 Md Zillur Rahaman is a banker and columnist.

June 10, 2022 by Admin
Opinion Saleemul Huq The global environmental movement started in 1972, with the first global environment conference held in Stockholm, Sweden, hosted by then Swedish Prime Minister Olof Palme. Among the heads of governments who also attended was the then Indian Prime Minister Indira Gandhi, who famously declared that environment and poverty were two major global issues ... Read more

March 11, 2022 by Admin
Opinion Faria Rashid PATRIARCHAL societies like to deceive women into thinking that women cannot get along, work together and stand in support of one another. Given the patriarchal history of society, it has mostly worked to keep women in their places and apart from each other. This is why we hear so much about women ... Read more

CSR and a new order of business

Harmful impacts of cartels on consumers

November 30, 2011 by Admin
Munshi Abdul Ahad A cartel is an anti-competitive arrangement between two or more competing businesses. Anticompetitive agreements, particularly cartels, harm consumers in urbanised society, as well as in the emerging countries. In adding together, cartelised industrial sectors lack competition which certainly reduces competitiveness in the long run and may have a negative impact on the ... Read more

How to troubleshoot the economy

November 30, 2011 by Admin
Sadiq Ahmed Bangladesh is facing serious macroeconomic challenges and I have written a lot explaining them in a series of articles published in The Daily Star and in The Financial Express. In this new article I am going to write specifically about how Bangladesh could address those challenges while also mobilising substantial external financing in ... Read more

August 26, 2011 by Admin
Md Rashedul Karim Munna Global consumer demand for eco-friendly products has increased in both developed markets (such as Western Europe, the United States and Australasia) as well as new markets with emerging opportunities (such as the Middle East) mainly because of heightened awareness of the ill effects of environmental pollution and global warming. Large chain ... Read more

August 19, 2011 by Admin
Sadiq Ahmed Banking is an entirely different ball game. When a licence is given to a bank to manage citizen’s money, the government is taking on a huge responsibility. By granting the licence, it is essentially certifying that it has confidence in the enterprise and trusts that the enterprise will safeguard the citizen’s money it ... Read more

Women entrepreneurship and our commitment

August 4, 2011 by Admin
Tarique Afzal for The Daily Star “Entrepreneur” is a French word that means “undertake”. Women entrepreneurship is inherent as they are naturally endowed with the qualities of entrepreneurship. Instincts of a woman generate enormous strength and determination that drive the fear away from them. Entrepreneurship for a woman remains an innate quality and thus is ... Read more

July 10, 2011 by Admin
Sadiq Ahmed for The Daily Star Bangladesh has achieved good economic performance over the past few years. It has successfully managed the transition from the global financial crisis of 2008-10 with relatively modest slowdown in economic activity. Economic growth has recovered and official data suggest that growth is on the upswing. While there is some ... Read more

April 22, 2011 by Admin
Mamun Rashid From an academic perspective, we can look at the way Edgar Schein, a former professor at the MIT Sloan School of Management, defines organisational culture as ‘a pattern of shared basic assumptions that was learned by a group as it solved its problems of external adaptation and internal integration, that has worked well ... Read more

February 9, 2011 by Admin
Sarwar Ahmed What is an organisation? As you reach for Wikipedia in today’s digital world, you have access to a whole repertory of knowledge for free. An organisation is a social arrangement that pursues collective goals, controls its own performance, and has a boundary separating it from its environment. An organisation consists of people who ... Read more

November 30, 2010 by Admin
Mamun Rashid I recently wrote a piece for The Daily Star business section on our lady colleagues. As usual, I received a few e-mails and phone calls. One of them was from a younger friend of mine, working for a regional conglomerate. He thought I did not do enough justice to the male colleagues, while ... Read more

A great leap in training

November 24, 2010 by Admin
Mahmudur Rahman Technical and vocational education and training has come a long way. Once the mere acquiring of basic skills was considered enough to address the demand for technical expertise. Times and demands have changed. But in an age when emphasis is placed on technical competencies, especially in blue-collar jobs, Bangladesh faces a challenge. Parents, ... Read more

November 9, 2010 by Admin
Sarwar Ahmed It was a chilly April morning when Fakhruzaman, my Bangladeshi colleague who works for Syngenta in Europe, drove me for a sightseeing tour through the idyllic English countryside near Cambridge. We stopped over for some tea and muffins in a restaurant next to a small river. White swans floated on the cold water ... Read more

October 12, 2010 by Admin
Chindia policy to boost domestic trade Kingshuk Nag When the G7 was formed in 1976 as a major economic and political group of the seven largest industrialised nations, not even the optimistic of soothsayers would have predicted that 23 years later in Pittsburg, USA, the G20 would dethrone G8 as the primary council of wealthy ... Read more

October 11, 2010 by Admin
Sarwar Ahmed Late at night, my mobile phone beeped with an SMS alert. I was startled and then enthused by the content: Sorry, my mom was around. I’ll talk to you tomorrow. Please don’t get mad at me. Love you too. Poor thing. She must have been in a hurry to send this text and ... Read more

No room for complacency

September 23, 2010 by Admin
Zillul Hye Razi The Generalised System of Preferences (GSP) of the European Union (EU) is a preferential trade arrangement that allows reduced or zero import duties for imports from developing countries. It is a unilateral arrangement and includes the Everything But Arms (EBA) arrangement, which grants duty and quota-free access to all goods, except arms ... Read more

August 30, 2010 by Admin
Sarwar Ahmed As you step out of the lift at the entrance of an outstandingly modern, crisp and clean office, you see an oil painting of a lion and a lamb lazing together. If the painting is a paradox, so is the story of Imdad Haque, a 55-year-old Bangladeshi who locked horns with his future. ... Read more

The hidden costs of traffic

August 22, 2010 by Admin
Brendan Weston The city’s traffic has grown increasingly crowded and chaotic for more than a decade, and is a disaster even by the standards of less developed countries (LDCs). Productivity is suffering, as workers with once-short commuting distances now make glacial progress in gridlocked daytime traffic that averages barely five miles an hour. Crowded into ... Read more